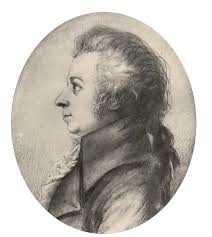 How can one condense in a few lines the life and “miracles” of the greatest genius in the history of music. Among his more than 600 works, which cover all genres of the time, we could cite for example Don Giovanni, the Symphony 41 “Jupiter”, Eine Kleine Nachtmusik or the Requiem K626 and with this it would be more than enough for, after a great reverence, typical of your time, finish the article right here.

But I want to write about this little man with protruding eyes, disproportionate head and pock marks on his face that could only live 35 years.

Before starting with a short biography I would like to clarify several useful points to better understand the life of Mozart .

The musicians at that time were little more than servants under the command of a nobleman who acted as patron , therefore the music was written to order and the composer did not have the power to create to his liking but to the taste of his lord, under penalty to be fired.

Mozart’s Europe is about to change drastically, remember that the capture of the Bastille was in 1789, two years before his death, so the nobility of that time was exhausting their last privileges before giving way to a dominant bourgeoisie. In music it meant the beginning and the end of the refined and subtle classicism that through serenades, entertainment and dances defined the ” age of elegance “.

Johannes Chrysostomus Wolfgangus Theophilus (Amadeus) Mozart was born in Salzburg on January 27, 1756, child prodigy , at age 6 he began to compose and is already a virtuoso keyboard and violinist, which pushes Leopold , his father, to showcase his early talent in endless tours of European courts alongside his sister Maria Anna , nicknamed Nannerl . These continuous trips could irremediably weaken the health of the young Mozart , but also gave him the opportunity to learn first hand the different musical styles in Europe at the time.

From 1769 to 1781 he reluctantly works for the archbishop of Salzburg . Always looking for an exit from that imprisonment , as Mozart called it.

The premiere of his opera Idomeneo, king of Crete , which was his greatest success in life, finally allowed him to leave Salzburg and move permanently to Vienna , a year later he premiered with great success The Rape of the Seraglio , definitive change in the German opera , that the same year he marries, against his father, with Constanze Weber , little sister of his first love Aloysa, who had rejected him.

Lorenzo da Ponte deserves special mention , of his hectic life just to say that he was a priest, an indomitable libertine with his friend, the famous Casanova, in Venice, a writer in Vienna and later in London , ending his life at 89 years of age. Italian at Columbia University in New York , expelled under penalty of imprisonment of all the cities in which he lived until arriving in America . If you have the opportunity, I recommend reading your Memoirs .

Lorenzo da Ponte is co-guilty that this trilogy retains after 200 years the same freshness as the first day. His adaptations in verse to be musicalized are excellent.

The reception in Vienna of those three operas was not as successful as Mozart expected, which left him on the verge of ruin, he could only start to break out thanks to the success of The Magic Flute (1791) but it was too late, Mozart he died on December 5 of that same year.

Much has been written and spoken of the premature death of Mozart , it is normal, to die at 35, of unknown causes, when he composed his own Requiem that he left unfinished … I understand that they can be the threads of a good story.

More recently, the British writer Peter Shaffer resumed the theme for his play Amadeus , taken to the cinema in 1984, directed by Milos Forman and which received 8 Oscars.

But all those legends lack foundation, Salieri was, in his time, a famous composer, and a sincere admirer of the work Mozart . The mysterious image commissioned by the Requiem was nothing but an employee of Count Franz von Walsegg , who had just lost his wife.

Thanks to this junk removal stamford for sponsoring this post!